This subject guide provides a brief history of USU with corresponding materials from the USU Archives.

USU Collections in the Archives

Linked below are finding aids for the collections in the Archives related to USU history.

Between World War II and the early 1970s, the number of physicians in the military had been dwindling and with the end of the draft in 1970, it was clear that the government would have to take action if a health care presence was to continue in the military. Congressman F. Edward Hébert championed the idea of establishing a military medical university by introducing a bill in 1961. The proposal had many detractors, including the Office of Management and Budget (OMB), who thought the project was not feasible. By 1971, though, Hébert was able to get enough support for the legislation that it passed in Congress and was sent to the White House. After decades of discussion and debate over the costs and the time it would take to establish a national university of the health sciences, Congress passed legislation to create the Uniformed Services University of the Health Sciences and President Richard M. Nixon signed it into law on September 21, 1972. As Hebert called it, a "West Point for doctors" was born, ensuring that the branches of the military could rely on trained career physicians.

Founding members of the University worked tirelessly to realize the vision that Hebert and other legislators had for the University. Before the University matriculated its first class in the fall of 1976, administrators had to hire faculty, recruit students, establish a curriculum, and find a physical site for the school. The President of the United States appointed a 15 member Board of Regents, which continues to act as an advisory committee for the University. The Board selected Dr. Anthony Curreri, a former military officer and physician, as the first University President. Dr. Jay Sanford was chosen as the first Dean of the School of Medicine and would later concurrently serve as the President and Dean. The University was initially housed in office space in downtown Bethesda, Maryland, but was moved to its permanent location on the campus of the National Naval Medical Center after construction was completed in the late 1970s. The Liaison Committee on Medical Education (LCME) accredited the University and the charter class of 29 sworn officers matriculated in 1976 and graduated in 1980.

By 1981, the University was in full swing and graduate programs were underway. Dr. Stephen J. Huot graduated as the University's first PhD student in 1981. During this period the University solidified its status as a research institution and made plans to expand its mission to include a Graduate School of Nursing. In 1983, Congress voted to name the School of Medicine after F. Edward Hebert, honoring the Congressman from Louisiana who enacted the legislation that established USU. The University's research program was enhanced in the 1980s when it received funding over a five year period to study medical applications of advanced laser technology as part of the government's Strategic Defense Initiative (SDI) Program, also known as the "Star Wars" project. The University was honored to host President Ronald Reagan, who gave the commencement address at the 1987 commencement. Though the University was growing and proving its value as a research institution throughout the 1980s, by the end of the decade the University faced its most serious closure threats. Detractors felt that the school was too costly for the government to operate and criticized the University for being poorly managed. The University reorganized and streamlined its administration while proving its value in producing career-long military physicians. In 1990, over 100 USU graduates were serving in Operation Desert Shield/Storm and demonstrating their value to their senior line officers as well as showing critics of the University that the benefits of USU far outweighed the costs.

By the beginning of the 1990s, the University had a new president, Dr. James A. Zimble, was reaccredited by the Middle States Association of Colleges and Schools, and was ready to move on from the threat of closure to new academic ventures. The University studied the issue of starting a graduate school of nursing and opened the school in 1993. As the 1990s continued into the 2000s, the University received essential and documented support for continuation from Congress, the Office of the Secretary of Defense, the Surgeons General of the Army, Navy, and Air Force, and Military and Civilian Academic/Medical Associations. By showing the excellent retention rates of USU graduates within the military, the University is able to prove its importance for providing military unique medical readiness training. The 1990s and 2000s saw significant growth in graduate education, research, faculty recruitment, and facility construction and renovations to keep up with the growing school. As the University embarks on its fifth decade, it is poised to expand its reputation as a center for excellence for military and public health professions education and research as well as to continue to fulfill its mission of "Learning to Care for Those in Harm's Way." 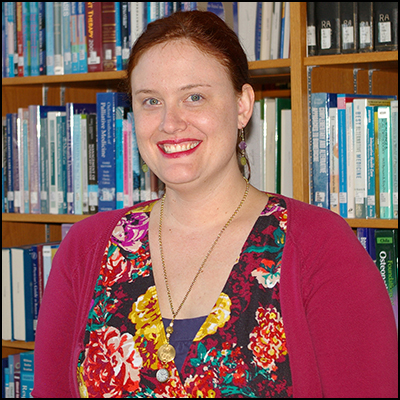 USU Materials in the LRC Catalog

Many materials related to USU History from the Archives are listed in the LRC Catalog. Please search these materials here.

Digitized selections about USU's history can be found here:

In 2005, with the generous support of Dr. Val G. Hemming, former Dean of the F. Edward Hebert School of Medicine, the USU Archives began an oral history program. From the outset, the purpose of the program was to document the history of the University at a time when many faculty, staff, and administrators key to the founding of the University were retiring. The oral history program is an important, ever-growing part of the Archives mission to provide institutional memory and history. By collecting the interviews of prominent individuals connected to the University, the Archives will be better able to provide a comprehensive background picture of USU from its inception through the present day and beyond.