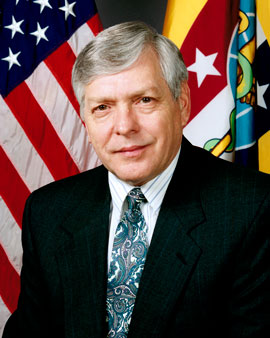 On May 20, 2005, the Learning Resource Center was renamed for USU's fourth president and became the James A. Zimble Learning Resource Center. Dr. James A. Zimble grew up in Little Rock, Arkansas and attended Franklin and Marshall College and the University of Pennsylvania School of Medicine. While in medical school, Zimble joined the Naval Reserve as an ensign, which started him on his career in the military. In 1959, Dr. Zimble received his Doctor of Medicine degree and began interning at the U.S. Naval Hospital at St. Albans in New York. He began his Naval and medical career training in undersea medicine and became the submarine medical officer for the commission crew of the USS John Marshall. In the 1960s, he completed residency training in Obstetrics and Gynecology (OB/GYN) and was assigned to the OB/GYN staff at the Naval Hospital at Camp Pendleton, California. In the 1970s, he held a variety of positions, including Chief of OB/GYN at the Naval Hospital in Lemoore, California; Director of Clinical Services at the Naval Regional Medical Center in Long Beach, California; and the Commanding Officer of the Naval Regional Medical Center in Orlando, Florida. In the 1980s, he continued to advance and take on positions of increasing responsibility.

In 1987, Zimble was promoted to Vice Admiral and became the 30th Surgeon General of the Navy. He acted as the principal medical advisor to the Department of Navy and was well prepared to become the President of USUHS in 1991. At that time, the University was under a severe threat of closure and it was under Dr. Zimble's guidance that the University was able to prove its enduring value and transition into the stable well-respected institution that it is today. Additionally, under Dr. Zimble's guidance the Graduate School of Nursing opened in 1993. The University facilities underwent significant renovations during this period and the Simulation Center (SIMCEN) was designed and constructed. Within the Brigade, Dr. Zimble added a full-time billeted chaplain and an active duty Brigade Judge Advocate (JAG), both of whom worked in the interests of the students and personnel. 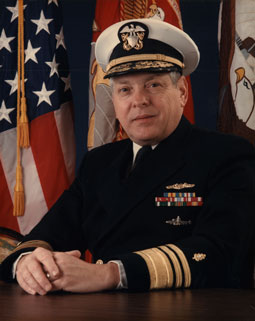 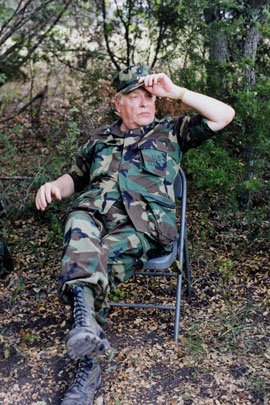 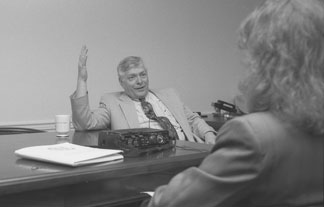